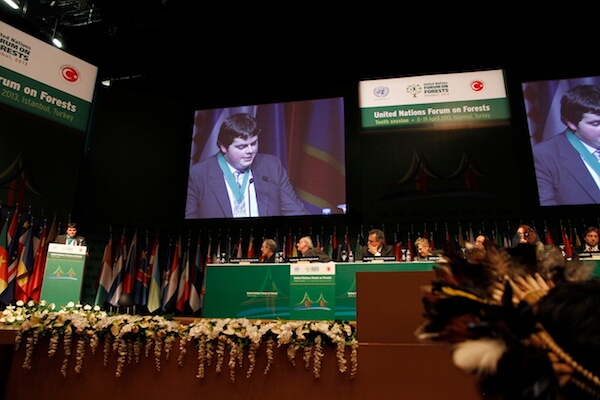 The United Nations Forum on Forests was created in 2000 to promote the management, conservation and sustainable development of all types of forests, thus reducing deforestation by harmonizing forest management policies.

In April 2013, Sébastien Pins was selected and invited by the UN to come and present his short film "My Forest" at the 10th "United Nations Forum on Forests" in Turkey.

On 21 March 2014, the short film "My Forest" was broadcasted at the UN headquarters in New York during the opening of the International Day of Forests. The short movie was perceived as a genuine invitation to forest importance awareness.

Since his visit to the United Nation forum, Sébastien Pins’ work is being followed by the UN which actively supports his approach and does not hesitate to promote his creations all around the globe.